Children, the ‘big’ things in life and the people who ‘just know!’

We know that children can be very astute at finding ways to get their voices heard, and often when they’re not happy, they let us know! However, there can be a lack of people that children feel they can trust, especially with many children’s ‘big‘ things in life.

These children often turn to ‘strangers’ to have their voices heard, unaware of the potential dangers they could face.

Sadly, some children don’t understand the importance of boundaries and rules, often because they have never had them. For other children, the rules change frequently and depend on the people caring for them, and subsequently, children will make their own rules up to survive.

Thankfully, support networks from Not for Profit charities like Childline and NSPCC and web-chat operators from Children’s services have people who listen when they need their voices heard…

I was sitting at my desk, and the webchat came on. Mentally I prepared myself for a conversation because you never knew who the caller was or the reason for the call.

I looked at the caller’s name on our system and realised it was one of our foster children. So, I emailed the child to ask what had happened; was he okay, and where was he? His answer was blunt, and he didn’t sound very happy; he wrote, I hate it here, I’m not going back, and you can’t make me.’

I called the Child’s Social worker, who told me the boy was 14 and autistic. He was supposed to be with a respite carer, and she was trying to contact him; however, he wasn’t answering his mobile.

She told me the child wasn’t with his usual respite carer; however, his mum needed a break. She figured out that the child wasn’t happy, and she was getting worried and asked me if I would tell him this and ask him to answer his phone when she rang. She knew he knew her number; however, she said, he’s probably ignoring me because he’s angry?

I told him I had spoken with his Social worker. I asked him, ‘Do you have missed calls from her?’ He replied, ‘yes, but I’m not speaking to her because I’m not going back.’

The boy told me he wanted to go to Steve because he always went to Steve; however, Steve had gone on holiday too.

He said, ‘I know I am hard work, and my Mum needs a holiday; but why is Steve away also?’

‘The best thing about respite care was tea, toast and Steve.’

Steve was the boy’s regular respite carer. I asked him, ‘what do you like best about being with Steve?’ His reply made me smile; ’Steve makes me cups of tea, we have toast, I don’t go to school, and then we chat about football’.

And that was his world, his routine, which had no changes because he didn’t like change; he wanted Steve, and he wanted his voice heard.

I told the boy’s social worker, and she called Steve on the ‘off-chance’ that he could help? Someone was watching over us because Steve had come home early; thankfully, he said the child could stay with him until his Mum returned. I told the boy what Steve had said, Immediately he said, ‘Thank you, I knew you would help. Bye.’

Then he was gone; the call had ended. I found out later that he answered his phone right away to his Social worker, exclaiming,’ It’s okay, I’m going to Steve’s, will you come and pick me up, please!’

Consistency and continuity of care are essential.

The Social worker later told me the boy was with Steve; today was Friday; therefore, tomorrow was Saturday, and they would have tea and toast in the morning and talk about football. All was well in their world.

Foster children need consistency and routine, especially children with additional needs. Consequently, consistent respite foster carers are invaluable because of the existing relationships they have built with children. More importantly, for a child who doesn’t do change, this relationship with someone they trust who knows they know ‘just knows’ is crucial.

The familiarity of ‘tea, toast, and a chat on a Saturday‘ is vital for some children, and it is a ‘big’ thing for them, and when you ‘know’, the ‘big’ things don’t seem that ‘big’ after all!

The webchat email read, ‘My mum has shouted at me, it’s not fair!’ I checked from the mobile number on my system, and this was one of our foster children. So, I asked him what had happened. Was he okay?

He told me that he had come home from school and kicked the ball’ (like you do!) ‘in the house’, which then went into the telly, and now it was broke’.

He said his mum had ‘gone mad‘ and shouted at him. I asked him where he was? He told me he was in his bedroom talking to me’ and was ‘keeping out of the way until Dad came home.’

The child was ten years old, and he was with a long term fostering family, so I rang his social worker and told her the story. She seemed unfazed by it; however, she had been the child’s social worker for a long time; if anyone knew this child, it would be her!

Naively I said, ‘maybe it’s how he feels he can get his voice heard?’ She replied, ‘he’s very good at that!’

The child emailed me, ‘Dad will come home and put the wires back in the telly like he always does!‘ My vision of a smashed up telly on the floor was gone; he’d knocked the cables out of the back; again!

He emailed me again. ’Dad’s home now; he’s fixed the telly;’ I suggested that maybe it would be a good idea to keep the football outside?

However, it was tea-time, Dad was back home; he’d fixed the telly, and now it was time to go back downstairs! His ‘big’ thing was having his voice heard! He said, ‘Got to go now, Mums shouting me, and my tea’s ready, Bye!’

These conversations inspire me because the logic that children apply adds to the simplistic view they hold in life. Subsequently, listening and understanding when children tell you about the big things for them is vital to understanding children.

We often regard the ‘big’ thing as trivial, but it is ‘big‘ for a child. Consequently, I have always resolved to recruit foster carers who ‘just know’ the importance of the ‘big’ things for children; because I know how upset they get when we don’t understand them.

I knew that something was missing in my life.

I have worked with children and young people in my hospitality and business career for many years; however, it was about to be now if I had ever faced a challenge in my life. At the age of 45, I decided on a radical career change.

I gave up my career and began to study Level 5 Childcare & Child psychology. I was the oldest person in my class, I was older than my teacher, but I was undeterred; something was missing, and I ‘just knew‘ I had to find it.

Finding the missing piece in my life.

I worked in a Nursery school in Waterford, Ireland, as a placement whilst studying, and our children were labelled ‘difficult.’ My tutors and friends suggested that it might be too harsh for me?

Perhaps, I would be better in a Montessori school where it would be more refined?’ Maybe my genteel English manner made them think that the experience would put me off?

However, I was having none of it. I soon worked out the ‘labels’ in the textbook bore no reflection to the children I taught every day.

The experiences I had from my life as a Mum to my grown-up daughter more than compensated for the lack of academic achievements in this field. I also knew I had been missing something in my life; children.

Many children were from ‘minority homes’ and ethnic and cultural backgrounds, making the role diverse. The job was challenging because of cultural and language barriers, and many children did not speak English.

I felt a sense of pride and job satisfaction I had never felt before.

We adapted the learning to meet every child’s needs and enabled their voices to be heard. Subsequently, they flourished, and each child graduated into ‘big’ school ready for their next adventure in life; and I had never felt such satisfaction from a job done, ever.

Every staff member worked together with the dedication to giving the children a happy, learning environment. The children were safe and loved, and we watched them develop into confident and unique children, and we loved them unequivocally.

However, we knew we had a job to do, and once done, they moved on. I felt a sense of pride and job satisfaction I had never felt before; we knew the children were ready for their next step.

Foster children are not ‘placements.’

I have recently noticed that more people who inquire into foster care refer to foster children as ‘placements‘.

They ask,’ What happens if I don’t have a ‘placement’, how would I manage for money?’, or, ‘How long would I wait for ‘placement’ after being approved?’

Sadly, some children don’t have the best start in life; they deserve safe and loving homes with people who won’t refer to them as a placement. For many children who have moved around from different foster carers, they soon get to know which foster carer is genuine, and who is in it for the money; subsequently, they will manage their behaviour accordingly.

Foster children are not ‘placements’. Children in care need consistency; they need to know they are with people who can better understand them because they are resilient; however, understanding boundaries and feeling safe is vital to a child’s well-being.

We need safe and loving homes for children who need your support on the ‘big’ things for them. Children need people who know how to make a difference and won’t give up on them, even when they push your buttons!

If you would like to learn more about foster care recruitment and become a foster carer with a Not-for-profit charity, please get in touch with Verve today.

Together, we can make a big difference in the lives of children in care. 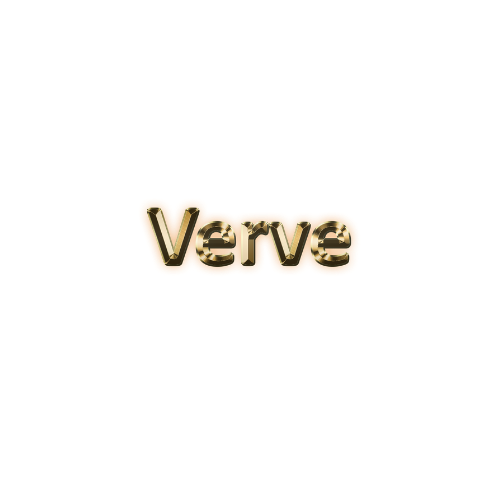 Copyright © 2021 Verve.
We use cookies on our website to give you the most relevant experience by remembering your preferences and repeat visits. By clicking “Accept”, you consent to the use of ALL the cookies.
Cookie settingsACCEPT
Manage consent