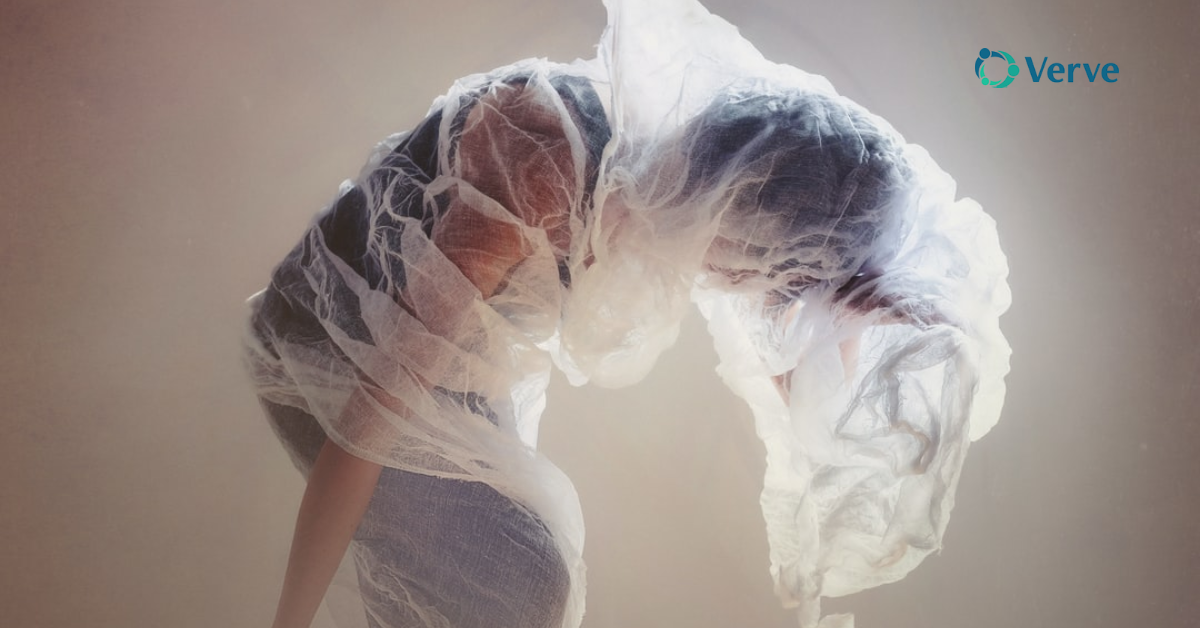 ‘Me and my Shadow’ removing the ‘Black Dog of Depression’

Verve Ambassador Jocylin Croston’s story, ‘Me and my Shadow’, explains how the ‘Black Dog of Depression’ consumed her after the trauma of being involved in a motorway car accident several months before.

As a result of this accident, ‘Closing the door’ on the ‘Black Dog of Depression’ became vital when Jocylin was beginning to feel there was ‘no point to her life anymore’. At this point, she knew that she had to get rid of ‘ her unwelcome visitor’; before it got a hold of her.

Jocelyn- Me and my Shadow…

The shadow of depression stealthily takes control of your thoughts to the point that you cannot understand why you feel out of sorts; everything in your life loses its lustre. Life feels like it has no point anymore, and consequently, you suddenly begin to feel old.’

‘It was at this point I wondered, ‘Is this what it would feel like if I was  90 years old? I didn’t understand why I should find myself feeling like this, so I went to see my Doctor. However, anxiety consumed me because I thought he would dismiss me as a 23- year old ‘Drama Queen’.’

The shadow of depression loomed over my life

‘The tears flowed as I tried to explain how I felt, and my lovely GP gently told me that I was far from being silly. I was, in fact, suffering from depression.

When he told me this, I felt as though he had hit me with a brick! He suggested to me that I might need a little help and prescribed Prozac. Naturally, my reaction was one of horror; and I told him that ‘ I did not want to take tablets, I wanted more support’. However, his soothing response reassured my trust in him, and I listened to his advice, and Prozac and I became friends.’

This is how my Black Dog found me.

‘I had been involved in a motorway car accident three months before my shadow of depression appeared, and I never realised the ‘impact’ that it would have on me. Sadly, it impacted me harder because I was the only person out of the 5 in the car who walked away okay. This fact had affected me in a way that I never thought it would; subsequently, it became the trigger point to my depression and meeting my ‘Black Dog.’

An ‘offhand comment’ by a colleague who my friends in the accident and I had worked with told me that ‘I was lucky because I was OK’. This offhand comment became another trigger point, and the guilt I felt from this triggered my depression further; the ‘Black Dog’ found me and came to stay.

Little did I realise that five years later, such an ill-spirited comment to someone in my ‘vulnerable state’ would have terrible consequences. As a result, my episode of depression lasted for around 18 months.

‘Drowning out the ‘War Zone’ in your head’

At first, I felt content that I had a name for how I was feeling. Unfortunately, the war within my head, fuelled by the ‘get a grip’ faction (me) with the ‘I don’t know how to’ faction (my shadow), raged on. This war only lasted for around two weeks; but, my ‘shadow’ kept telling me to stay quiet. People would think I was mad; they would laugh at me and dismiss me’ so subsequently, I did as the voice in my head told me; I kept quiet.’

‘(Me) started to ask questions that soon became demands to ‘what are we going to do about this?‘ But, my shadow didn’t bother to respond.

The only relief from these two factions was to sleep, and boy did they tire me out! I totally understand why people turn to substances to drown out the noise from the ‘war zone’ that is going on in their heads.

I lived in a void of not feeling anything; my emotions felt like they had been switched off with a large black shadow of depression that was hovering behind me. Every time I tried to shake it off mentally, it wouldn’t go away; it was here to stay.

My GP arranged for me to have counselling and booked me an appointment. I waited for my name to be called out where all the time (Me) and (My Shadow) were busy arguing with each other whether we were ‘staying’ or ‘going’. However, it was too late for the arguments in my head; my name was called, and I decided to go in; subsequently, in I went!’

‘And this was my introduction to counselling; I have to say that it did not go well; as a result, I never went back. But it was 1983, and we were then at the conception of counselling, and I sure did not grasp the concept. This experience left me questioning everything about myself, and boy did I berate myself.

Finding my way to ‘close the door.’

‘I realised that it was no use; I would have to find out about depression myself. The only person who appeared to understand me when I explained how I felt was my Mum. I tried to explain to my Dad how the depression affected me, but he got angry. Sadly, he couldn’t understand; and he told me he felt he would have ‘cut off his right arm to understand what I was talking about.

Beware of the Dog!

’20 years later, those words came back to haunt him when he ended up in an Adult Care Home; and he suffered an episode of depression. He now understood, and he sadly held my hand and told me that he would not wish this on his worst enemy.

‘I read all I could on mental health, depression and how to tackle it. The primary strategy was the importance of being active and getting out and about. My shadow was not comfortable with this; consequently, it began to rage and throw obstacles in my way!

The Black Dog has outstayed his welcome!

‘Black Dog’ had long outstayed; it’s welcome. I knew that I had to find a way to help me break free from him, so I started to venture out nervously. I found to my relief that I not only survived each time I did this, but I actually felt able to cope okay!’

‘My first feeling to evolve was frustration; all of the books I had read on Mental health mentioned that counselling helps, and I knew that I needed it. However, the counsellor my GP referred me to was definitely ‘not for me.’

Subsequently, I looked into private counselling, which was way too expensive; therefore, I decided to try hypnotherapy, which left me feeling a little better after a few sessions. My hypnotherapist suggested I take a week off work and ‘go away and listen to the tape’ each night.’

‘My Hypnotherapy sessions were expected only to help me for a short period, and this annoyed me a little. Again, there was the thought of being dependent on something and having to keep returning to it. I would never be free of it, so I completed my sessions, and I didn’t go back. ‘

My solution was to force myself to keep active and positive, stay busy and focused on keeping the Black Dog at bay.

Closing the door and keeping it shut!

The Black Dog of depression was never invited into my head; I was sure as hell opening the door so he could let himself back out. I slowly discarded ‘my shadow of depression, and I happily left him behind me.’

Depression can attack and visit us at any point in our lives; often, it creeps when we don’t realise it is there. Sadly, in a world filled with must-haves and constant pressure to conform, we are all susceptible together to a frightening pandemic. Consequently, the Black Dog of depression keeps sniffing around, and we have to keep him at bay. There are many organisations and support groups that we can access; therefore, if you have been affected by depression, please don’t deal with it alone.

Verve works together with many charities that can offer you support; please reach out in the same way that Jos did.

‘Together, we can all make a difference in our lives; let’s be kind to each other?’