'Campaigning for change because every child matters...'

Salford Food Parcels are a charity based at The Emmanuel Church on Langworthy Road, run by Yvonne Simms, her husband, Martin, and a team of fabulous volunteers. Yvonne reflects on the effect of three lockdowns on Salford Food Parcels, which has seen many vulnerable families needing emergency food parcels treble.

‘This past year has been challenging, different, and demanding work! We started 2020 with our usual clients coming to us, which was manageable. However, when the Covid 19 lockdown hit, we tripled in the numbers of people who needed emergency food. Many people were isolated unexpectedly because their situations had changed, and subsequently, they needed food but couldn’t get out and were now in danger of becoming vulnerable.

Martin and I are both over seventy and should have isolated ourselves. However, as we are the two who did the food collection runs and the shopping, this was impossible.’ We ended up giving out 60 parcels one day instead of our usual 20-25 food parcels. Some of our usual volunteers could not help us sometimes; they often had other calls on their time or were going home from college. Thankfully, two new volunteers contacted me, and they have been with us ever since. These volunteers, Chelsea and her dad, Mark, now help run the scheme, and Mark now registers people as they come in.’

‘Peter, my son, and I continued to attend, often with me now sitting in the background, giving help when needed. I have recently had an operation on the knee, which means that I can physically not move around as much as I would like, but I make up in spirit what I lack in mobility.’

Moving Salford Food Parcels was vital to us continuing our services…

‘All of us wear protective masks and gloves and used alcohol hand gel and wipes to keep us safe. At the pandemic’s beginning, Salford Food Parcels was operating out of the LifeCentre in Salford. It was becoming difficult because we were getting so busier than we had ever been; this resulted in more food and supplies than ever before. We used the room in the LifeCentre on a Wednesday, but moving heavy boxes upstairs every week was no mean feat; it was dangerous, especially in your seventies’.

‘We knew we had to move, so we set out to find a new home, and with the support and help from Reverand Daniel Burton of the Diocese of Salford, we acquired our new home in the church opposite to us.

It ticked all the boxes for us; the building was on the number 10 bus route, which most people use; it was over the road from where we were anyway, and it was on the flat with no stairs. We have a room to ourselves with easy access to the car park at the rear of the building; for this, we say ‘Thank you Emmanuel Church, Salford. You have been a God’s send to us’. ‘

Fareshare is a God’s send to local families and us.

‘Due to covid, Fareshare, the charity that sells us excess food from supermarkets, gave us a second delivery if we went to collect it. Fareshare gave us this food free of charge from April to June; after this, we paid a nominal amount for some of it. This additional food has increased the amount of fresh fruit and vegetable and other supplementary food we could give out by 100+%.

If the shelves’ food has a short shelf life, they have given it to us free; as you can imagine, this has helped amazingly. This additional food meant we could feed everyone who needed it in the three lockdowns; it has been a God’s send to many vulnerable families who have needed it most.

‘We delivered up to 15 additional Emergency food parcels during the first lockdown, and volunteers came forward when they weren’t working, delivering food to the door, and stepping back for their safety. In this 3rd lockdown, the numbers have been much higher; we provide additional emergency food parcels to people who are either isolating or trying to sort their benefits out. Izzy, one of the drivers of the first lockdown, is again driving around Salford delivering food parcels.

Volunteers, Mark and Chelsea, provide near them; Martin delivers emergency food parcels and takes two packages a week to where our son, Pete, lives. I have volunteer people; one lives in Stockport and is willing to drive to Salford to deliver Emergency Food Parcels to help vulnerable families; they are amazing people.

The third lockdown is now leaving its mark on vulnerable families.

‘This third lockdown has seen more people coming who have lost their jobs or have difficulty with their benefits. The number of Red Cross users is pretty consistent at about 22. The numbers are still doubling with our second group, and I think the number of emergency food parcels for vulnerable families will increase.

‘We have received three grants and some donations from people just wanting to help, and again this has meant we can afford to buy food, including six eggs for everyone and tins of meat. This additional money allows me to buy things that I wouldn’t have the money to do regularly! This money also increases the nutritional value of the food received, giving each family as much food possible to increase their food budget hopefully.

‘The Holiday Hunger project we run has also continued during COVID except for the first half term because many families had vouchers. However, since then, we have provided a packed lunch to over 35 children during the school holidays three times a week. Again, I can now add yoghurt to the packed lunch with the fruit, crisps, fruit juice, and sandwich they originally had because of additional donations and securing a second grant from the Booths charity.

Also, when possible, they get a treat of a cake or some sweets, usually on a Saturday. We decided to continue giving lunches out even if we gave vouchers or food to the families; we knew it would make the household’s food go further and help vulnerable families on low incomes.

‘Many people complain about being stuck at home because they are bored; however, it feels like we have been busier than ever for Martin and me. The desire for change drives me and has done so for the ten years we have run the Salford Food Parcels. The additional work is worth it when people know you can get emergency food parcels out to them, but heartbreaking because you can see tears in their eyes.

But, it is not right in this day and age, that we have more families facing poverty, who are hungry, and need to rely on food banks to give them enough food to feed themselves over the week’.

House Rental prices are rising, leaving no money left to live on.

‘I wish politicians would understand what it is like to be on the ground floor in this country. Maybe lower-skilled jobs that many people have, are; as a result, often much lower paid? Subsequently, they are less secure and, therefore, this low pay means they are susceptible to becoming vulnerable? Annoyingly, rents are rising, and greedy landlords appear to be making a killing while driving around in expensive cars while collecting the rents.

Sadly people are losing their jobs because of COVID or furloughed; the situation worsens. My son pays £695 for a small flat; after rent, this leaves little money for heating and clothing. I doubt it will not get any better for quite a while.

The Red Cross Asylum-seeking families are in a desperate situation.

‘The British Red Cross’s asylum-seeking families who use Salford Food Parcels are in many ways in a much worse situation. Many of them have permission to stay by the Government refused; therefore, they cannot work. I know many of these people would work if they could; they are proud people! Without food, warmth, and healthcare, these people and their families are homeless unless a friend takes them in. If not, they live on the streets or hostels if they are allowed in. If they are not allowed in, they are in a desperate situation and vulnerable, especially in the middle of a pandemic. It is wrong’.

‘We live in a supposed first-world country; what are we doing for those less privileged than ourselves? If I sound angry, I am; but this is a battle too big for me, but we can make a difference together as an older woman.‘

Verve writes ads and articles free of charge to support all Not for Profit Charities to ensure that everyone can use their services when they need to. They are not large charities with massive donations and subscribers, but they are large in heart, which is why I support them. These ads are my way of giving back and keeping advertising costs down; after all, if charities have to keep paying out for advertising, how can they keep doing what they do?

Salford Food Parcels is a not-for-profit charity that relies on donations and funding to help vulnerable families. If you would like to donate or support them, you can contact Yvonne Simms direct on mobile at 07815 089568 or email salfordfoodparcels@gmail.com. Furthermore, if you need emergency food, please complete the form below, and we will get straight back to you.

Together, we can all make a difference. 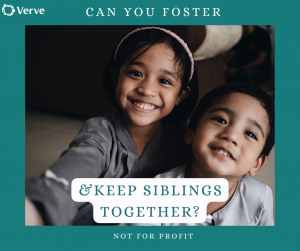 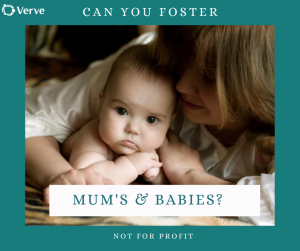 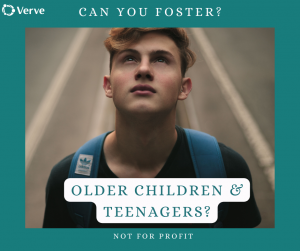